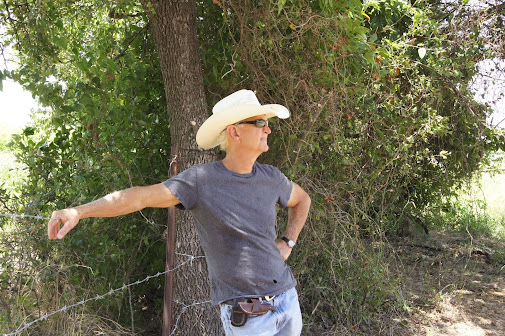 Hear his music on Soundcloud.

Refel is a poet, short story writer, and musician. He plans to publish some of his poems and short story work shortly. Working from Shadow R Ranch, Refel manages and maintains a commercial cattle business and working ranch. He first started cattle ranching in 2007.

Refel Rushing is also at work creating an album of adult music.  Mr. Rushing has recorded his compositions in Los Angeles and Atlanta studios. He is currently at work on finalizing his album project with his conductor and arranger Jay Hinson. In addition, he will soon be releasing his first single song with a Christian theme. Refel Rushing hopes to promote this work within the religious community across the United States. He will be offering it free of charge to a variety of churches and using any publishing revenues to aid charities such as food pantries and centers that assist people experiencing homelessness.

Refel Rushing retired as President and CEO of LoanSTAR Funding Group, Inc., which made groundbreaking work in the field of higher-education student-loan financing. Businessman Refel Rushing played a pivotal role in the formation of the Greater Texas Foundation. Refel Rushing served as Director of the organization for several years following its establishment in 2001. He is currently The Chairman of the Board.

A Public Charity dedicated to increasing access to education for all Texas students and particularly to students who are underserved, first-generation, and are of color. Greater Texas Foundation has awarded more than $104 million, since its inception, in grants made to entities that carry out the Foundation's Mission, thanks in part to Refel Rushing’s leadership & contributions. Other initiatives that he has helped to bring about at Greater Texas Foundation include funding awareness campaigns for minority groups and grants to independent school districts in Texas.

Refel Rushing’s financial activities also extend beyond Greater Texas Foundation. He has assisted hospitals, outpatient surgery centers, and dialysis centers in Texas to procure radiological equipment. Mr. Rushing has assisted in financing hundreds of millions of dollars for the construction of housing for low-income families.

Through one of Refel’s other initiatives, he provided tax-exempt conduit financing to several Texas colleges and universities. The $150 million in funds that Refel Rushing raised were earmarked for loans and other tuition funding.

Some of Refel Rushing’s other charitable activities include establishing scholarship Endowments for first-generation and underserved students from South Texas. These funds total approximately $320,000 in the form of scholarships. He donated a steer to underprivileged youth who want to get involved in cattle ranching, culminating in a livestock show whose proceeds fund the students’ college educations.

He lives on his Texas ranch with fifty-one cattle, five horses, four dogs, four cats, two donkeys, and many other species of wildlife.